Sign up for Anne's newsletter to be notified of new releases!

Truly Dead, the fourth book in the Elise Sandburg series, is now available!

About the new release:

When a demolition crew uncovers several bodies inside the walls of a house where serial killer Frank J. Remy once lived, the discovery sends shock waves through the Savannah Police Department. All of the bodies were hidden before Remy’s imprisonment and subsequent death thirty-six years earlier—except for one belonging to a missing child.

Homicide partners Elise Sandburg and David Gould were the Savannah PD’s dream team, solving uncrackable crimes and catching killers. But their last case resulted in their termination from the squad, until the coroner calls them back to consult, unofficially, on a body found in the wall of a house once occupied by Remy, a killer Elise’s own father sent to jail—a killer who died in prison. The MO seems uncomfortably similar to that of a serial killer wreaking havoc in Florida.

Does Elise have a copycat on her hands? Is Remy’s influence reaching from beyond the grave? Or is Elise making connections where there are none? When her father warns her to back off the case, Elise’s shadowy family history threatens to swallow her once again. But whatever force is at work, she won’t rest until the killing stops.

Now at odds with everyone she cares about and forced to acknowledge her worsening emotional state, Elise struggles to protect the people she loves as the body count rises. 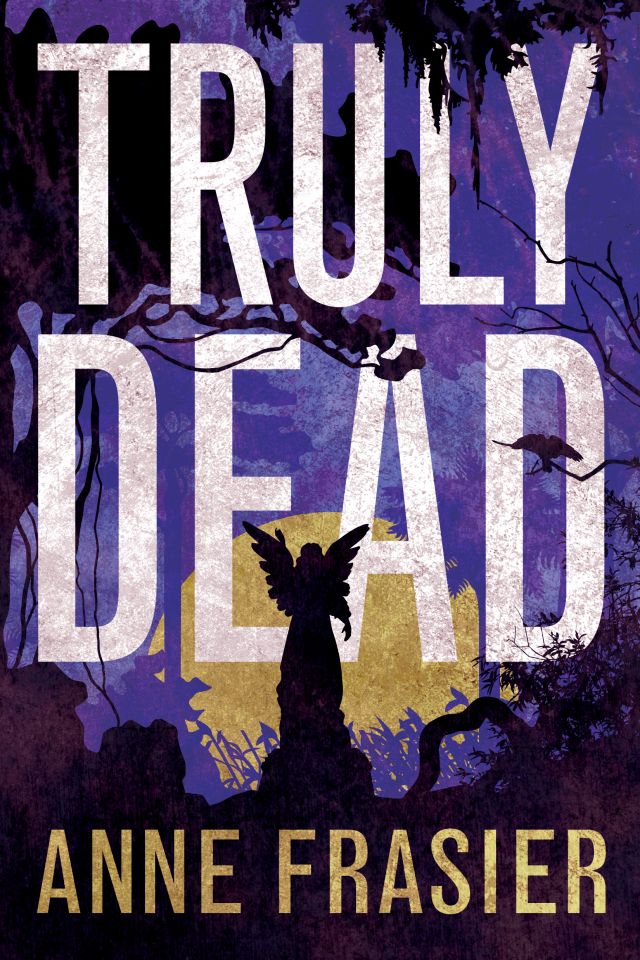 A lot of people have asked if there will be another Body Reader book. Yes. I’m working on it right now. I’m a slow writer, so it probably won’t be out for about a year. That’s pretty much my speed. A book a year.

So anyway, I hope you enjoy Truly Dead. I love writing about Elise, David, Strata Luna, Jackson Sweet, and John Casper.  If you’re a Body Reader fan and are reluctant to step into the Elise Sandburg world, consider giving it a shot.  The books have been tricky to market because they might appear to be paranormal, but they are really police procedurals, just like The Body Reader.

As always, thanks for reading!

Anne Frasier is a New York Times and USA Today bestselling author with over a million copies sold. Her award-winning books span the genres of suspense, mystery, thriller, romantic suspense, paranormal, and memoir. The Body Reader received the 2017 Thriller Award for Best Paperback Original from International Thriller Writers. Other honors include a RITA for romantic suspense and a Daphne du Maurier Award for paranormal romance. Her thrillers have hit the USA Today bestseller list and have been featured in Mystery Guild, Literary Guild, and Book of the Month Club. Her memoir The Orchard was an O, The Oprah Magazine Fall Pick; a One Book, One Community read; a B+ review in Entertainment Weekly; and one of the Librarians’ Best Books of 2011. She lives in Saint Paul, Minnesota.

Convicted serial killer Benjamin Fisher has finally offered to lead San Bernardino detective Daniel Ellis to the isolated graves of his victims. One catch: he’ll only do it if FBI profiler Reni Fisher, his estranged daughter, accompanies them. As hard as it is to exhume her traumatic childhood, Reni can’t say no. She still feels complicit in her father’s crimes...